We specialize in treating women with urinary incontinence and pelvic prolapse; conditions that are very common in women of all ages, but they are NOT normal and no woman should have to live with the discomfort and embarrassment of these conditions. There are many treatment options. 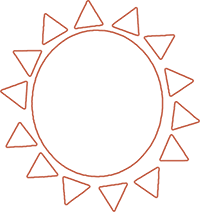 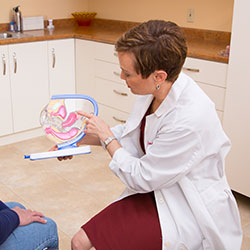 We also offer complete gynecology care, including well women exams for all ages and the evaluation and treatment of gynecologic conditions such as abnormal Pap tests and bleeding problems.

Dr. Susan Capelle and our team of Nurse Practitioners have been working together to care for women since 2004. 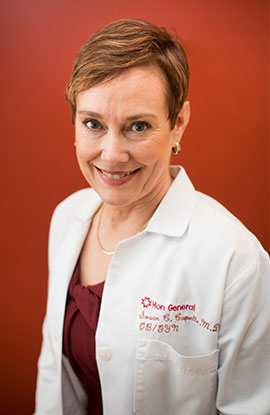 Dr. Susan C. Capelle is originally from Maryland and moved to West Virginia in 1980 when her family moved to Western Maryland. She graduated from West Virginia University School of Medicine in 1991. During medical school she received the first E.B. Flink Award for Excellence in Internal Medicine and was inducted into the Alpha Omega Alpha Honor Medical Society. She then completed residency in Obstetrics and Gynecology at Magee Womens Hospital of the University of Pittsburgh in 1995. After 2 years in private practice she returned to Magee Womens Hospital to complete a Fellowship in Urogynecology, also known as Female Pelvic Medicine and Reconstructive Surgery.

In 2000 she moved back to WV to be closer to her family, and started a private practice specializing in Gynecology and Urogynecology. She practices primarily at Monongalia General Hospital where she is also a board member of the Monongalia Health System. She is also a Clinical Instructor with the WVU Department of Obstetrics and Gynecology- where she teaches residents and medical students when performing surgery at Ruby Memorial Hospital

She became interested in Urogynecology when she realized how common and inadequately treated urinary incontinence and pelvic support/prolapse disorders are in women of all ages. Her focus is in the surgical and non-surgical care of women with these conditions. She prefers the most minimally invasive approach if surgery is required.

Dr. Capelle is Board Certified in Obstetrics and Gynecology and is a Fellow in the American Board of Obstetrics and Gynecology (FACOG). She became board certified in Female Pelvic Medicine and Reconstructive Surgery (Urogynecology) when that board certification exam became available (2013) She has been the only fellowship trained Urogynecologist in the state of WV since 2000.

Dr. Capelle and the Nurse Practitioners work closely together to care for our patients. Our electronic medical records system allows us to communicate easily with each other about patient care issues and we talk to each other to share our thoughts about new ideas, treatment plans, and how best to care for you. 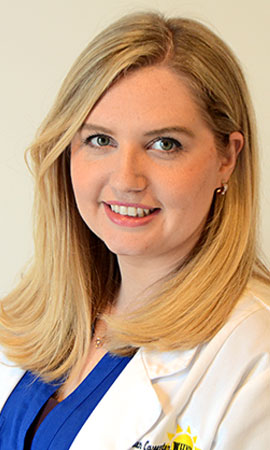 Kristen Carpenter earned her Master’s Degree in Women’s Health Nursing in May of 2014 from West Virginia University and is certified as a Women’s Health Nurse Practitioner. She provides a variety of services to the clients of our practice including annual exams, problem visits, complex cystometrics (urodynamic/bladder testing), biopsy procedures, and IUD/Nexplanon procedures. She is certified by ASCCP in colposcopy for the evaluation of abnormal Pap smears. She also devotes time to updating our electronic medical records system to make our workflow more efficient.

Prior to becoming a Nurse Practitioner, Kristen worked for 6 years as a registered charge nurse on a medical surgical unit at West Virginia University Hospitals. She decided to pursue a career in women’s health due to her love for patient education and preventative care services.

Kristen currently resides in Morgantown, WV and is very excited to be a part of our practice and provide exceptional service to the women of West Virginia and surrounding areas. 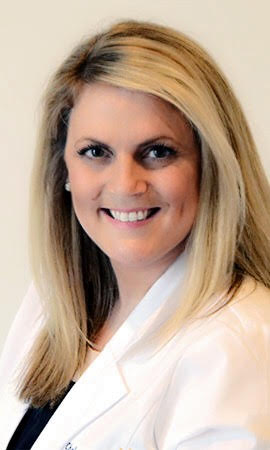 A native of Morgantown, Chelsea received a Bachelor’s degree from Marshall University in Exercise Science in 2006 and a Bachelor’s degree in Nursing from Waynesburg University in 2009. She spent several years working locally as an RN in the Emergency Department where she took a strong interest in the care of women through all stages of life. In 2015, she graduated from West Virginia Wesleyan with a Master’s Degree in Nursing. She is an AANP board-certified Family Nurse Practitioner.

Chelsea is accepting patients for annual exams and contraceptive management as well as evaluation of menstrual problems, vulvovaginal disorders, urinary incontinence, pelvic prolapse, and issues related to the breast. She performs urodynamic testing as well as vulvar, cervical and endometrial biopsies in the office. She inserts long acting contraceptives, such as intrauterine devices (IUDs) and Nexplanon implant. She completed the ASCCP colposcopy mentorship program and is certified in colposcopy, the diagnostic procedure to evaluate abnormal pap smears.

Jasmine Cutlip earned a Bachelor’s of Science in Nursing from West Virginia University in 2015. While pursuing her nurse practitioner degree, she worked as a nurse in the Heart and Vascular Institute at Ruby Memorial Hospital. Jasmine has always been very passionate about women’s health and spent many clinical hours at Dr. Capelle’s practice while working on her Master’s degree.

In 2018, she graduated from West Virginia University with a Master’s Degree in Nursing. She is an AANP board-certified Family Nurse Practitioner. She believes preventative care services and education are essential to the care of women across their life span.

Jasmine is currently accepting patients and is passionate about providing care to women of West Virginia and the surrounding areas. Jasmine provides annual exams and contraceptive counseling. She treats urinary incontinence and vulvovaginal disorders. She is also trained to insert long acting contraceptives (Nexplanon and IUDs) and performs biopsies.

Our staff is dedicated to making your visit to our office as pleasant as possible. They are always smiling and will make you feel comfortable while they professionally do their job. 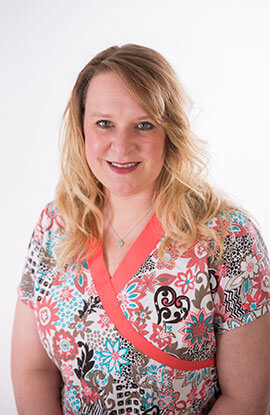 Jenny is a 1993 Graduate of Laurel Business Institute in Uniontown. Since 2006, Jenny has been an integral part of Dr. Capelle's practice. For over a decade, her duties have included insurance billing, payment posting, IT/computer support and supply ordering. Jenny is also the manager of surgery scheduling. 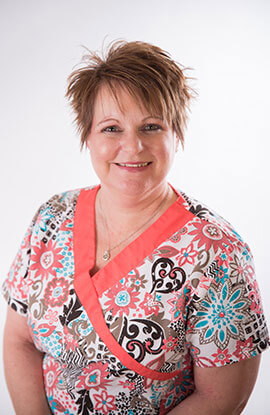 Mandy works as an Administrative Assistant. You will most likely meet her when you are checking out after your appointment. She has been working in the healthcare field since 1993. Mandy is responsible for scheduling patients, collecting payments and assisting patients with follow up as recommended by the providers. She has been a vital part of Dr. Capelle's staff since March 2008. 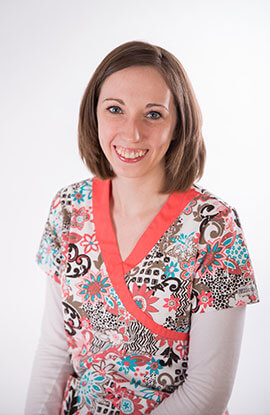 Britney works at check in as an Administrative Assistant. She graduated from West Virginia University in 2010 with a Bachelor's Degree in Business and Economics. Britney greets all patients at our front desk, ensuring that all charts, insurance information and paperwork are complete and in order prior to their visit with the provider. She has been with Dr. Capelle since March of 2013. 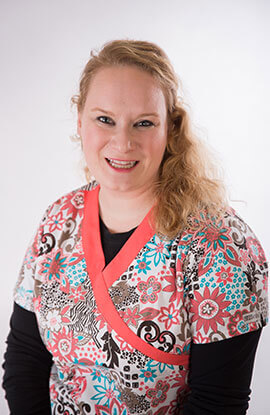 Tara is a Registered Medical Assistant. She graduated from MTEC as a Medical Assistant in 2004. She has been with Dr. Capelle since March of 2009. As part of her job, Tara assists providers during procedures, does prior authorizations for medications, schedules follow-up mammograms and assists in billing. You may also find Tara greeting you when she is working the front desk. Tara wears many hats! 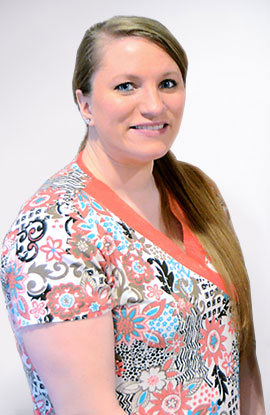 Sarah, a Certified Medical Assistant, started her externship with Dr. Capelle in August of 2016. She was hired as a full-time employee in December 2016. She graduated from the WV Jr. College in March of 2017. In addition to rooming patients and conducting vitals, Sarah assists providers during procedures.

Our practice provides pelvic ultrasounds here in the office for the convenience of our patients. It also improves patient care by allowing our providers to visualize the actual images. We offer ultrasounds on Monday afternoon and evening. 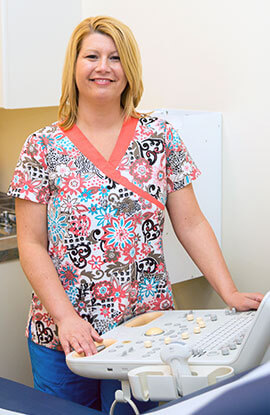 Misty graduated from West Virginia University in 1996 from the Diagnostic Radiography Program and in 1997 from the Diagnostic Medical Sonography Program. Misty is a board certified radiographer through the American Radiologic Technologist (RT) and a board certified medical sonographer through the American Registry for Diagnostic Medical Sonography (ARDMS). Misty began her career at Ruby Memorial Hospital in the Ultrasound Department. She works in Dr. Capelle’s office on Mondays from 1:00 pm to 6:30 pm performing Ultrasounds. Misty has been working at Dr. Capelle's office since 2010.

AIUM Certification- Our practice is AIUM (American Institute of Ultrasound in Medicine) certified. The AIUM is the accreditation organization which guarantees that sonographers and interpreting certified physicians meet strict standards. 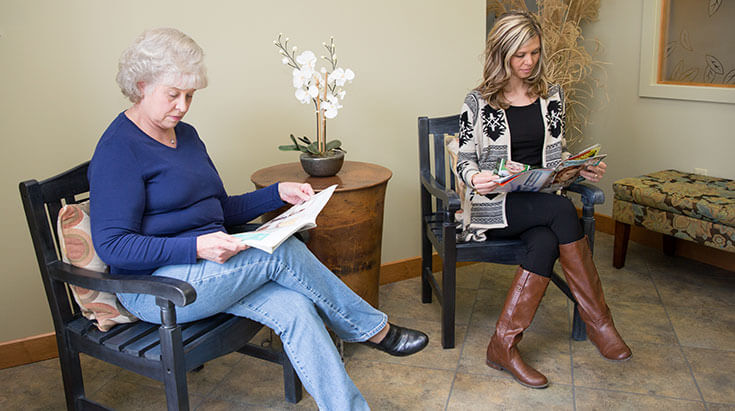